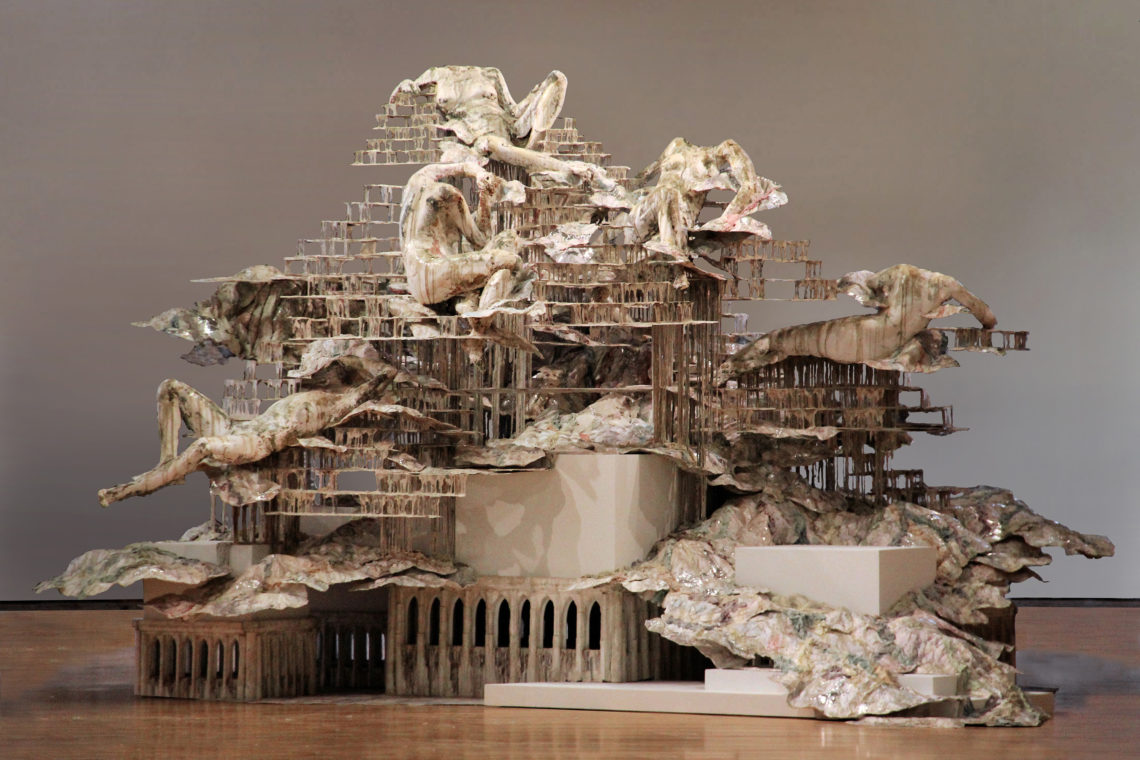 Addressing themes not often united in contemporary art exhibitions, the Bronx Museum of the Art’s stellar presentation of Diana Al-Hadid: Delirious Matter (July 18—October 14, 2018) challenges the viewer to consider architecture, the female body, and public space. Organized by Lauren Schell Dickens, a curator at the San José Museum of Art, the exhibition weaves these elements into a conversation surrounding belonging and wholeness, on the macro level of cultures and societies and the micro level of the individual. Al-Hadid’s work defies an easy material categorization; merging sculptural, painting, and collage practices, her additive process layers polymers and pigments to create a striated, textured surface. With forms suggesting colonnades and archways, her work often alludes to the architecture of antiquity,   simultaneously tracing and pushing boundaries. The vast amount of perforated negative space gives the pieces a spectral quality while the unyielding rigidity of the polymer seems as though it could shatter from its fragility. An unfortunate oversight is that Al-Hadid’s material process was not revealed in any of the exhibition didactics; upon close inspection, the miniscule lines and microscopic wispy hairs which comprise the surface suggest a form of 3D printing. Many of her wall-based pieces are emblazoned with a subtle shimmer of gold or silver leaf, complementing her muted color palette of primarily blue, black, green, and gray. Al-Hadid’s bronze casts, which include a disembodied hand, foot, and a melting woman elevated on a pedestal, emphasize the delicacy of her polymer-based work.

Several of the works enrapture the viewer with their scale and complexity. Mob Mentality (2014) is a wall-based piece which anchors one side of the gallery, occupying a privileged place on a small terrace up a short flight of stairs. Architectural imagery in the form of arcades and supporting Corinthian columns are more visible here than in the rest of her oeuvre. As the eye progresses through the image, recognizable architecture is most clearly defined along the top of the work, with lines scrambling and becoming more chaotic as they descend toward the bottom of the composition. Referencing an Italian altarpiece from the fifteenth century, which depicts reverential figures gathered in prayer in a sparse hall, Al-Hadid extracts the Christian imagery from its context, selecting only the elements that suit her purpose. It’s a skillful use of religious iconography, subtle enough to be thought-provoking yet not obtuse. Similar skills are on display in the visually complex work Head in the Clouds (2014). A skeletal, vertical assemblage of sculptural elements, the work morphs from pedestal to pooling fabric to columnar supports hoisting up a steel frame of the familiar Classical architectural motifs. These elements merge with the torso and head of a woman offering a small house constructed out of cardboard. A replica of the artist’s childhood home, this structure seems to be a reference to Renaissance portraiture in which saints proffer small models of the religious buildings that they patron. The emptiness and sheer monumentality of Head in the Clouds feels a little plantitive, as though the figure is beseeching someone—perhaps God—for a place of belonging.

Al-Hadid’s most impressive work in terms of both scale and substance is Nolli’s Orders (2012), unquestionably the magnum opus of Delirious Matter. Built upon miniature replicas of temples from antiquity, planes of organic, mushroom-like shapes billow upward like undulating clouds covered in molten glazes. Thin, metal rods anchor these clouds together, echoing the verticality of the structures beneath while also evoking a fountain spilling over, as one might see in a public plaza.  The many layers of Nolli’s Orders seem precariously balanced; most hazardously of all, several nude, beheaded maidens recline languorously at various elevations on the staccatoed terraces. An appropriate culmination to the exhibition, Nolli’s Orders synthesizes Al-Hadid’s themes in an edifying way, giving the viewer the same catharsis provided by a satisfying conclusion to a poignant novel. The relationships she constructs between women, structure, and space are not easily parsed but coalesce in Nolli’s Orders, uniting her thoughts on architecture, public space, the body, and the feminine in one masterstroke.

Attempting to construct a diachronic dialogue between Al-Hadid and the Old Masters, the curator chose to include three prints by Antonio Tempesta, Giambattista Nolli, and Giovanni Battista Piranesi, all noted for their architectural renderings of civic spaces, to situate her work distinctly within a Western European context. Nolli, a surveyor, was well-known for creating a plan of Rome by the order of Pope Benedict XIV, which was by far the most accurate and detailed of the era. While the maps allude to the construction of public space, Al-Hadid’s foremost concern is its deconstruction and the pursuant effects on identity; for what does it mean for the individual to exist within deconstructed boundaries? The repeated allusions to the Renaissance and its architecture belabor her fascination with construction of Enlightenment-era ideas and their contribution to the construction of Western identity.

While the prints pointedly nudge the viewer toward Al-Hadid’s preoccupation with Classical architecture, less contextualized is her interest in the female figure and femininity. While those references are undoubtedly apparent in her work, one cannot help but wonder if that choice was primarily curatorial or artistic. This point feels slightly overlooked, a disservice to an artist whose rich vision, creativity, and interest in symbolism was suggested yet not fully explored. The modest exhibition, scarcely twenty works in total, is minimal yet feels like a robust introduction to Al-Hadid’s work and survey of her ideas and process. Smartly curated for scope, scale, and variety with very minor drawbacks, the exhibition harkens back to the old trope: “Always leave them wanting more.” Delirious Matter does just that. 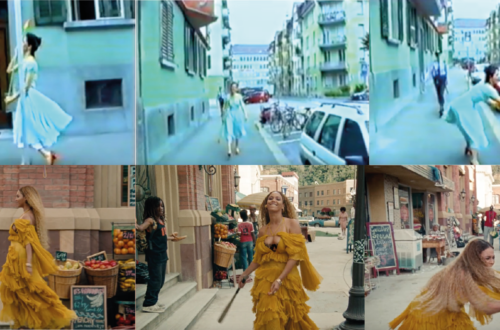 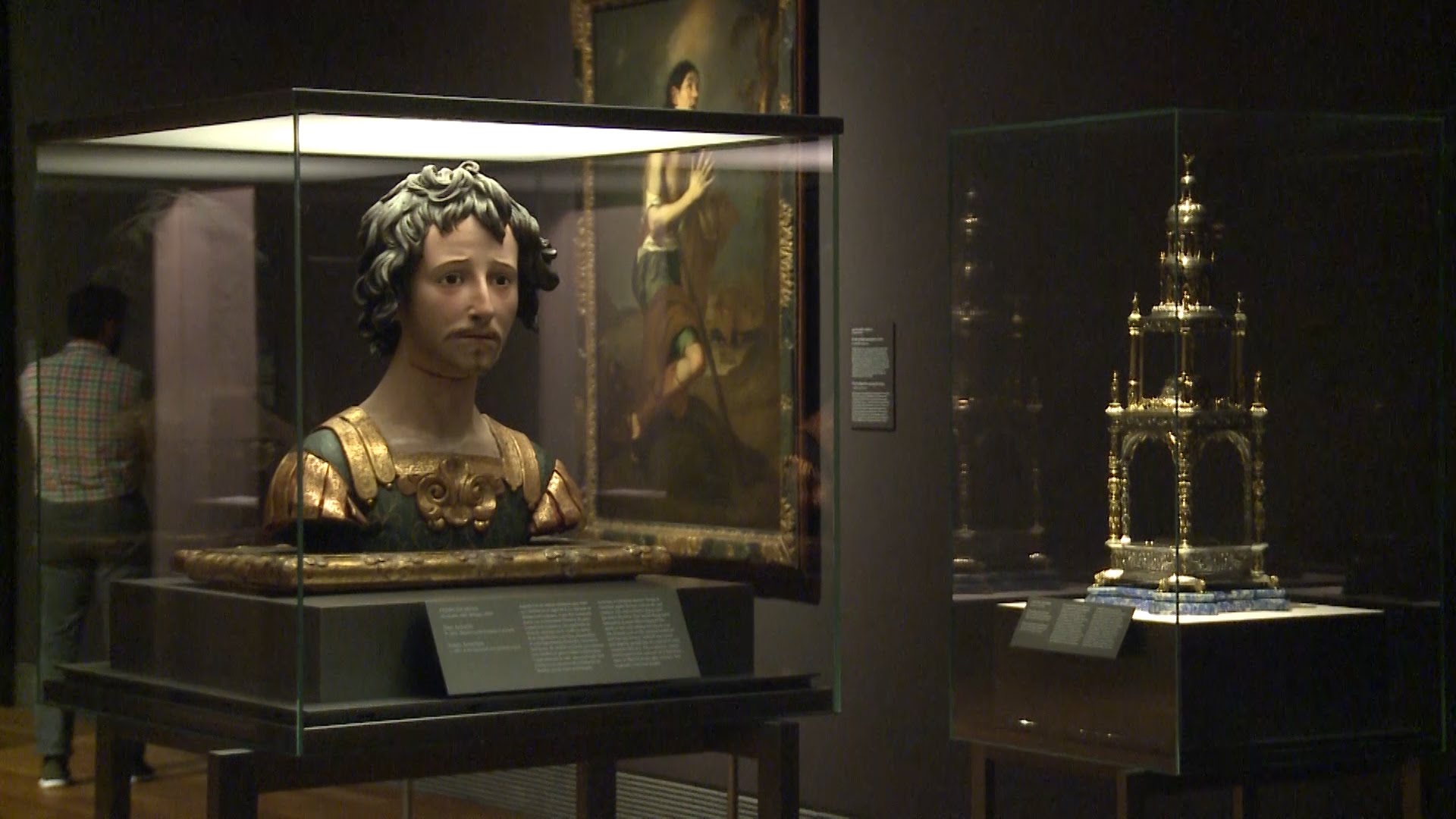 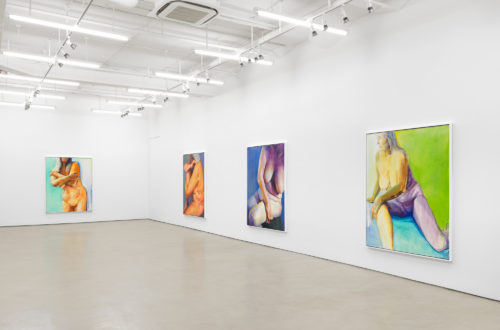