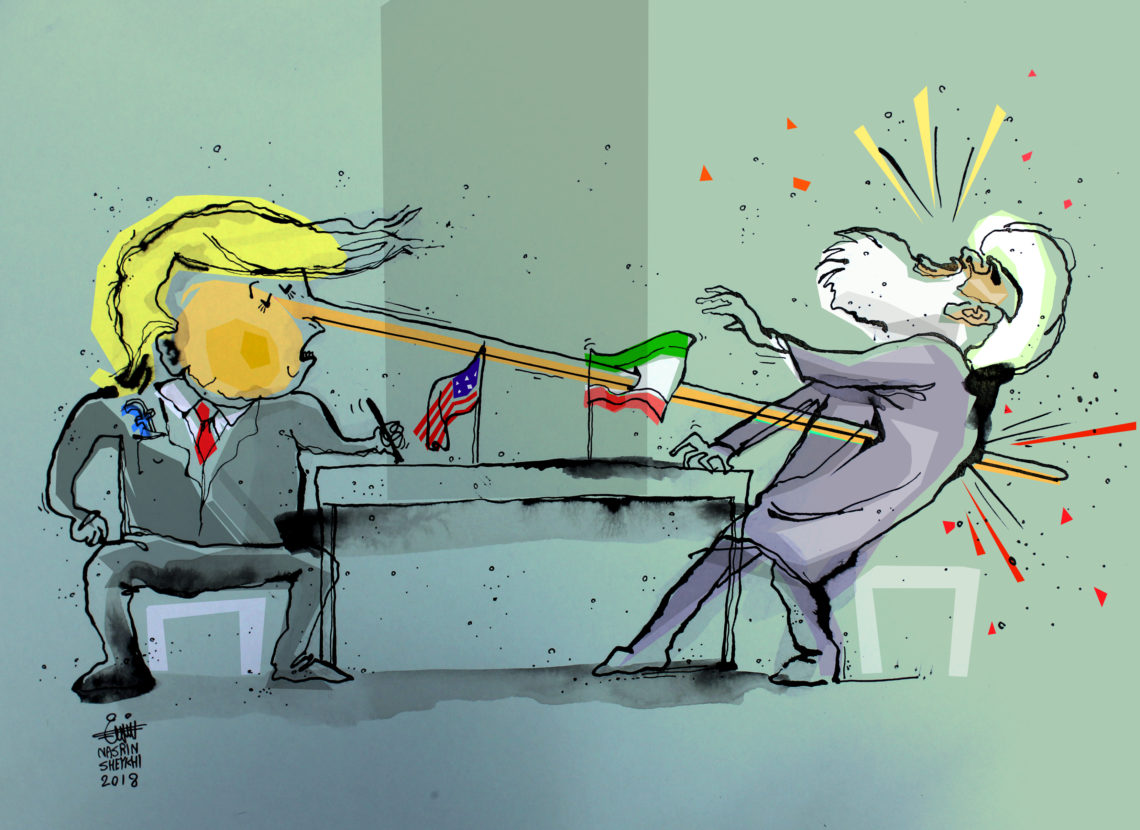 I was first intrigued by the Iranian artist Nasrin Sheykhi’s collage drawings and then by her story, and how she has navigated a perilous path as an immigrant to the United States with acerbic wit. Sheykhi did not speak until she was three years old and when she began to speak it was when her mother taught her how to draw. Upon receiving an EB-1A Visa, colloquially known as an Einstein Visa, Sheykhi moved to the United States in October 2017. Recipients of the EB-1A Visa have highly distinguished themselves in their professions—in Sheykhi’s case, in the visual arts. This visa allowed her to move to a country where she could have more freedom of expression as an artist. This July, she exhibited her work in a solo exhibition titled Alien of Extraordinary Ability-the EB-1A Tour, held at NoMo SoHo in New York City.

Kasalina Nabakooza: When did you begin your career as an artist?

Nasrin Sheykhi: You could say I began my career as a contemporary artist when I was three years old.  I’ve always been more comfortable communicating my thoughts and feelings through my art.  When I turned fifteen, I began participating in group exhibitions, then organized my first solo exhibition, and had my work validated by other people by winning several art festival awards.  I’ve been fortunate enough to win over forty, so far.

KN: How do you think artists should respond to walls?

NS: Societal walls shouldn’t contain people, especially artists.  We should all be like a river or the wind. Our ideas should flow under, around, and over any obstacles that attempt to contain our thoughts and actions.   Perhaps artists should listen, see, and feel more, in order to convey their ideas in ways that connect with people, regardless of language, cultural, or geographic barriers.  Sometimes, artists will contribute to the resolutions of problems, because they’ve transcended these barriers.

KN: How were you affected by Trump’s travel ban?

NS: After 2 1/4 years, Trump’s travel ban delayed my immigration application by another eight months.  I believe this forced me to accelerate working on my art. Iranians are restricted to leaving the country with only a small amount of money.   When my immigration petition was approved, I didn’t even celebrate. I simply bought a suitcase, left all of my works and most of my belongings with my family, flew to Dubai, where I caught the next flight to Philadelphia.  I found a room for $500 a month with eight other people who all shared a kitchen and two bathrooms. I didn’t have friends, the weather was very cold, and I was free to stay in my room and create ANY art that I wanted to, which I did, morning, noon, and night, for four months.  The thirty pieces I created were larger and more colorful than my previous works, in Iran. So Alien of Extraordinary Ability-the EB-1A Tour named itself. These thirty paintings are my first contribution to American society.

KN: What inspires your art?

NS: I’ve been inspired by nature, children’s paintings, primal art, music, artists, movie stars, and almost everything around me.  Musicians such as Jimi Hendrix, Janis Joplin, John Lennon, and so many more people, are my heroes.

KN: How would you describe your style?

NS: My exaggerated art style evolves from my character, which is a reflection of all of the paradoxes I’ve experienced in life as a female in a male-dominated society, as an artist in a thought – restrictive society, and as person from a culture that has had glimpses of the freedoms people enjoy, or could enjoy, in countries that allow more freedom than my own country ever did.

KN: How do you define contemporary art today?

NS: In my opinion, contemporary art, in any medium, is a juxtaposition of thoughtful, honest, truthful elements, that provide a new insight into society, art history, people, and world events. For contemporary art to be considered “good”, it should demonstrate bravery.

KN: What was your first opening this July in New York City like?

NS: My first U.S. exhibition was my dream come true.  My exhibition room in the NoMo SoHo was filled with happy people, and I was so honored that people I had never met, believed in me and my style, and that some of them are interested in collecting my artworks.  It was the best exhibition of my life!

KN: Do you use humour in your work?

NS: I don’t necessarily attempt humor in my art.  If my works make you laugh, I hope it’s because you’ve found some truth that amuses you.  I only create what I see.

KN: Why do you make caricatures?

NS: Caricature is what I’ve been told that I do.  I guess exaggerated people and situations is what I see.  When I was twelve, I created cartoons about problems in my society.  Why are there a lot poor kids and why are there rich kids living right near them?   When I was fourteen, someone told me, “You’re a caricaturist,” but I didn’t know what that meant. When I was fifteen, I did join a caricature group.  These were people who shared a similar style of artwork, so I guess caricature found me.

KN: What is the responsibility of artists to speak truth to power?

NS: That’s a question you should ask Rob Rogers from the Pittsburgh Post-Gazette. If a newspaper fires a political cartoonist for doing his job too well, there are some powerful people who are afraid of the outcome of what that message will inspire in large numbers of voters or consumers. Political cartoons have a way of cutting straight to the truth.  And from what I’ve seen, people in power hate the truth. Truth helps lots of powerful people lose their own jobs.

This fall, Sheykhi’s painting Donald Trump No. 2 will be auctioned at Mather Studios in Washington, DC, and 100% of the proceeds will be donated to the ACLU. The auction will take place at the Center for Contemporary Political Art’s inaugural exhibition, Defining the Art of Change in the Age of Trump, on view from September 29 – November 13.

Kasalina Maliamu Nabakooza is a first year Master’s student at the Institute of Fine Arts studying contemporary African art. She is inspired by Sheykhi’s journey as an artist because of her own family history. Nabakooza is an American born into a family of immigrants who came to this country with hope. Her maternal Irish ancestors immigrated to America during the 1800’s because of the Potato Famine. Her father came to the United States from Uganda as an American Field Service student. In 1968, while a student at Amherst College, he travelled alone through the South by bus and wrote about his witnessing of segregation and the struggle for the right to vote. America is a beacon to so many immigrants and yet is still wrestling with treating all of its people with dignity. 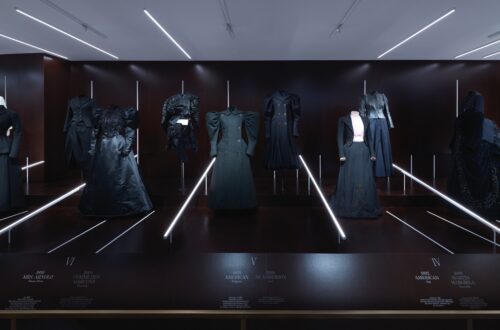 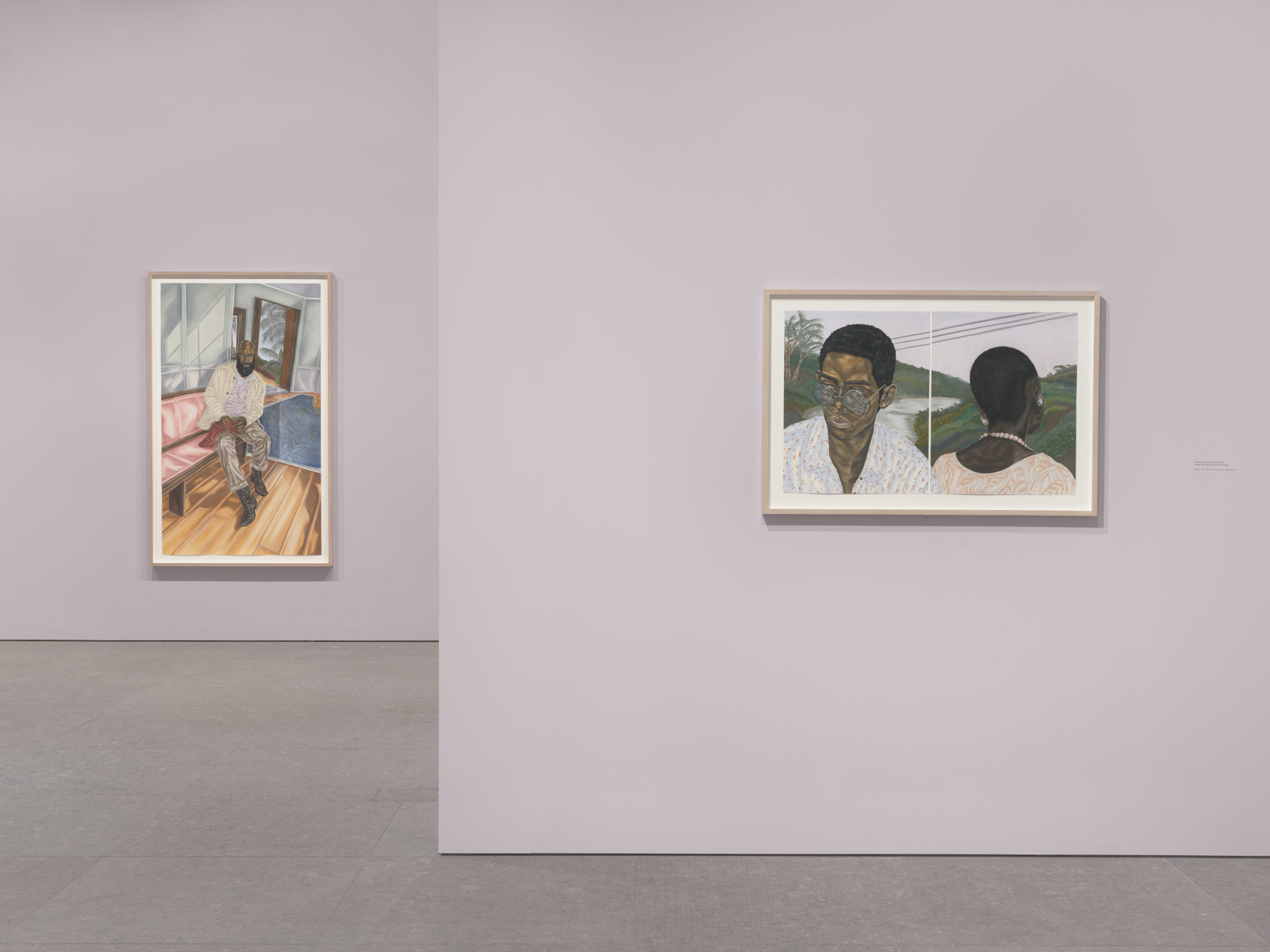 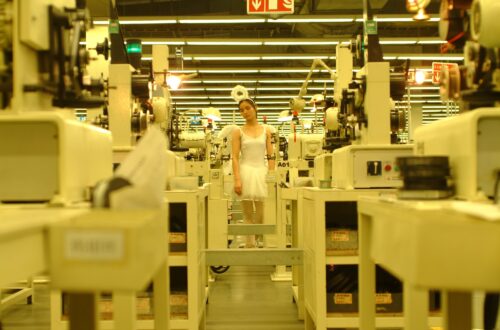